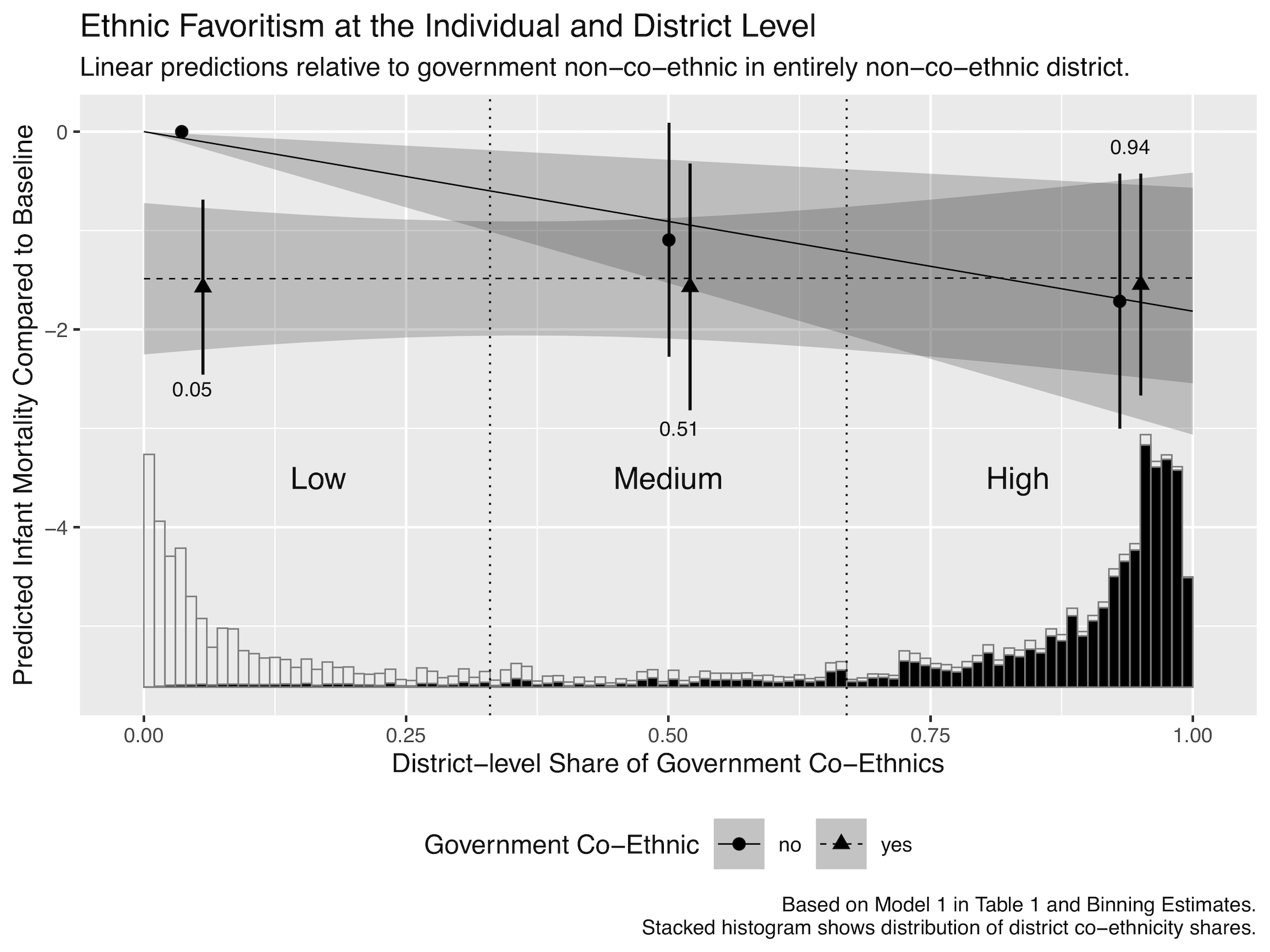 With Janina Beiser-McGrath and Carl Müller-Crepon. Accepted at the British Journal of Political Science.

Empirical studies show that many governments gear the provision of goods and services towards their ethnic peers. This article investigates governments’ strategies for the provision of ethnic favors in Africa. Recent studies of ethnic favoritism find advantages of either presidents’ ethnic peers or home regions, yet cannot disentangle whether goods are provided to entire regions or coethnic individuals. We argue that local ethnic demography determines whether governments provide non-excludable public goods or more narrowly targeted handouts. Where government co-ethnics are in the majority, public goods benefit all locals regardless of their ethnic identity. Outside of these strongholds, incumbents pursue discriminatory strategies and only their co-ethnics gain from favoritism. Us-ing fine-grained geographic data on ethnic demography, we find support for our argument’s implications for the local incidence of infant mortality. Our findings have important implications for theories of distributive politics and conflict in multi-ethnic societies.