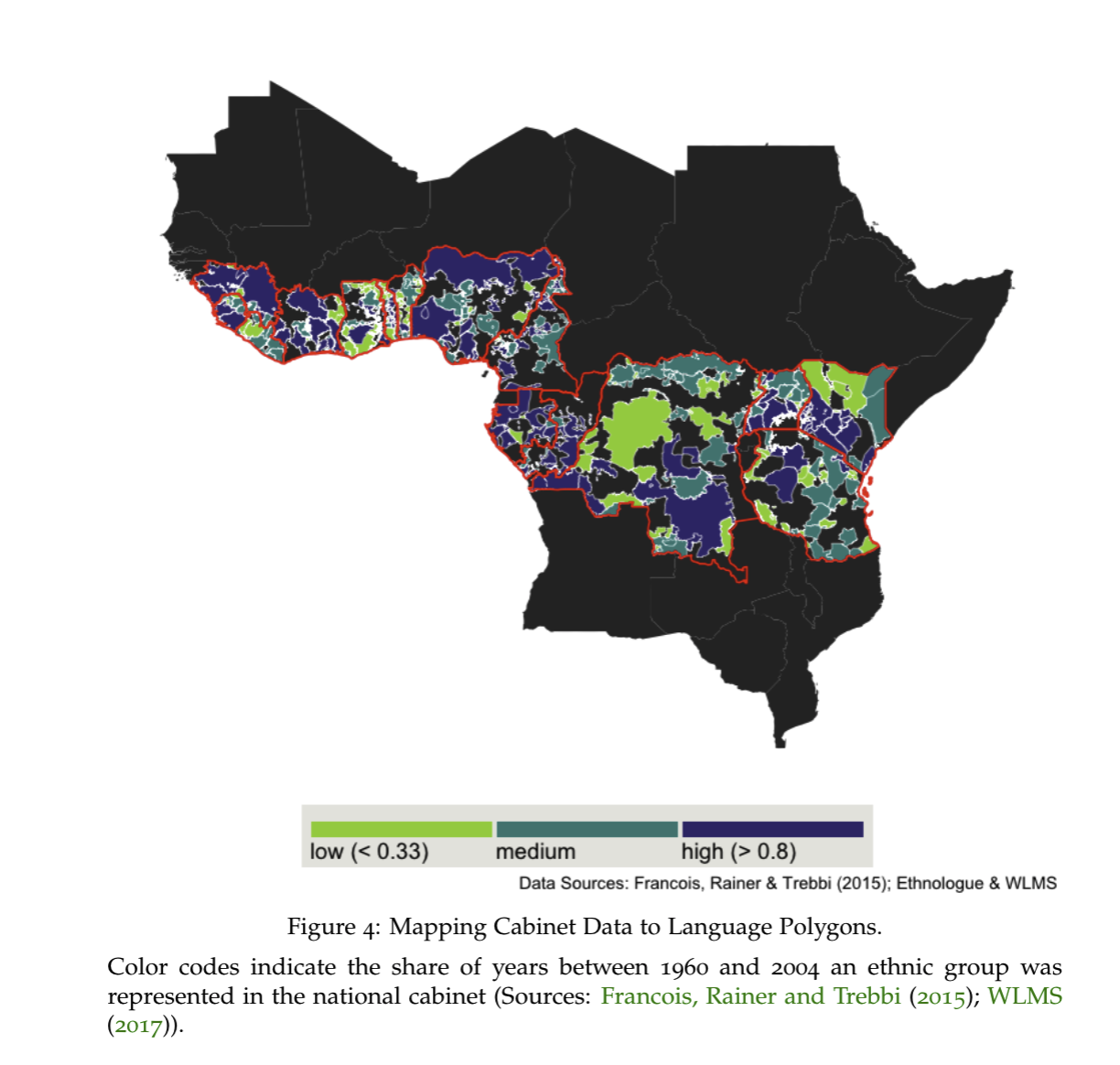 The unequal representation of ethnic groups in African governments is often seen as key driver of political instability, economic inequality, and comparatively low levels of development. While the consequences of unrepresentative ruling coalitions become increasingly clear, we know less about their formation. Only recently have scholars begun to study how threats of coups and rebellions translate into political power where weak institutions fail to regulate political competition between ethnic groups. A key implication from this literature is the relevance of demographic size and proximity to the capital for group-level access to government posts. We move beyond these important factors and investigate the economic foundations of ethnic ruling coalitions. More specifically, we study how natural resource endowments and revenues affect ethnic groups’ representation in national governments. To that end, we combine information on the ethnic affiliation of African cabinet ministers with newly collected data on the geospatial location of major export commodities in the late colonial period. Based on these data, we show that cash crop-producing regions are over-represented in African post-independence ruling coalitions while mining or food-producing locations are not. To estimate causal effects, we instrument colonial cash crops with agro-climatic suitability scores and exploit plausibly exogenous variation in global commodity prices. We investigate early elite formation, threat capabilities, and revenue maximization as potential causal mechanisms underlying these findings.