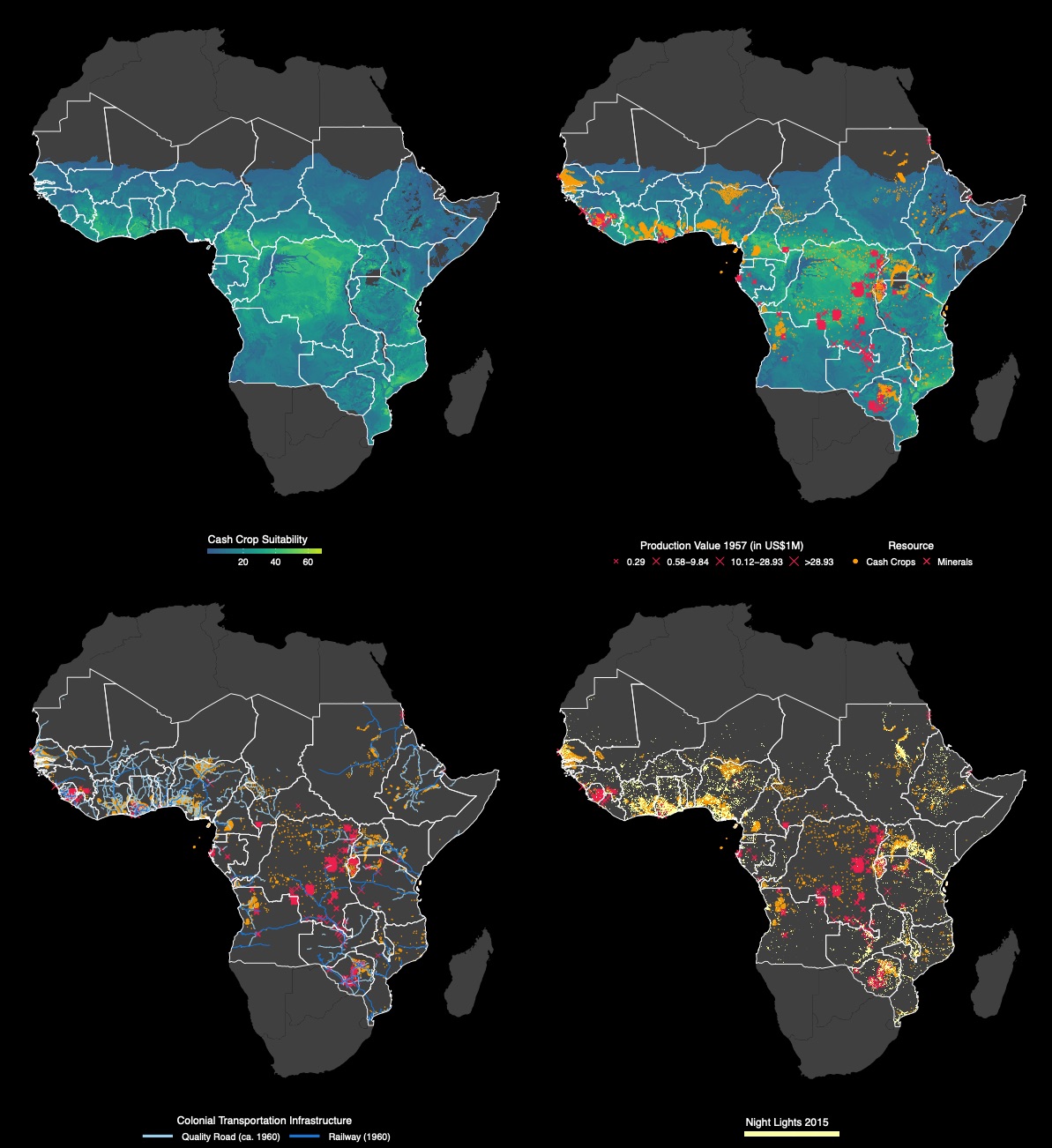 Spatial inequality is a key cause of conflict and barrier to economic growth. What accounts for this phenomenon and why is it highest in Africa? Bridging geographic and institutional theories, we attribute the continent's severe subnational disparities in wealth to the interactive effects of the spread of the cash crop revolution and economic imperialism from the end of the 18th century onward. This confluence shifted the loci of economic production to smallholder farmers in areas suitable for cash crops, but it also fueled the vertical integration of agricultural zones with forward production linkages in Europe. The result was localized agglomeration, but with limited or negative spillovers to nearby areas. Using agro-climatic suitability scores and historical data on the source location of more than 95 percent of all exports across 38 African states, we find that colonial cash crop production had positive but locally concentrated long-run effects on urbanization, road infrastructure, nighttime luminosity and household wealth. These effects rival or surpass other geographic and historical forces. Path dependence due to colonial infrastructure investments is the more important causal mechanism than continued advantages in agricultural productivity. Yet, we also find that this agglomeration came at the expense of surrounding areas, leaving a legacy of spatial inequality and ethno-political conflict.