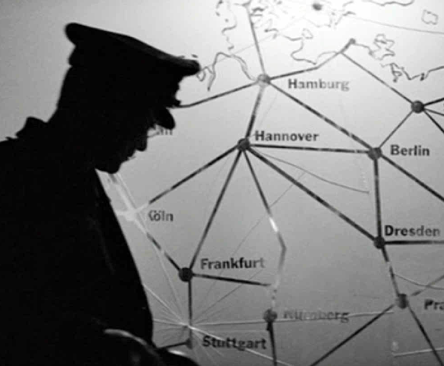 Drawing on and synthesizing classic theoretical work on modernization from sociology, history, and political science, we argue that railways potentially affect nationalist mobilization through three mechanisms. First and in line with classic modernization theorists such as Eugene Weber, economic exchange and personal mobility over larger distances provide incentives for cultural homogenization and assimilation into dominant national identities. As Ernest Gellner points out, nationalist countermobilization and conflict are likely where this impetus collides with sufficiently strong and historically inherited regional or linguistic identities. Second, centralizing states strategically use railways to directly rule peripheral areas and impose their preferred state- and nation-building policies. This too can create backlash wherever local elites and populations see increasing state reach as threat to their status, power, and way of life. The result is reactive nationalist mobilization à la Michael Hechter. Third, railways form communication networks through which ideas, ideologies, and mobilization strategies spread from one place to the other as argued by Benedict Anderson and others.

The empirical parts of this paper analyze the effects of railway access on nationalist mobilization and conflict. We use yearly observations of linguistic group segments nested in countries covering geographic Europe between 1830 and 1945. On the outcome side, the analysis uses new data on the first instance of organized nationalist mobilization coded at the level of ethnolinguistic segment years. To differentiate violent and nonviolent mobilization and better understand escalation dynamics, we complement these data with ethnically linked information on territorial and governmental civil war onset. Our main treatment variable is a railway access dummy based on a new geospatial dataset of the expanding European railway network. In the first part of our analysis, simple difference-in-differences and event study models test whether there is any link between railway connectivity and nationalist mobilization or conflict. Preliminary results suggest that this is, in fact, the case. In the second part of the analysis, we quantitatively trace causal mechanisms by coding alternative versions of the railway treatment. First, a market access proxy is based on railway-based connectivity to urban and industrial centers as well as source areas of important natural resources such as coal and iron ore. Second, we measure state reach by computing travel times from national capitals to ethnic segments. Third, we calculate railway-based distances to previous instances of nationalist mobilization to study processes of cultural and political diffusion.

Taken together, our arguments and findings provide a systematic and comprehensive assessment of how a crucial technological driver of modernization relates to the rise and spread of nationalist mobilization across historical Europe.